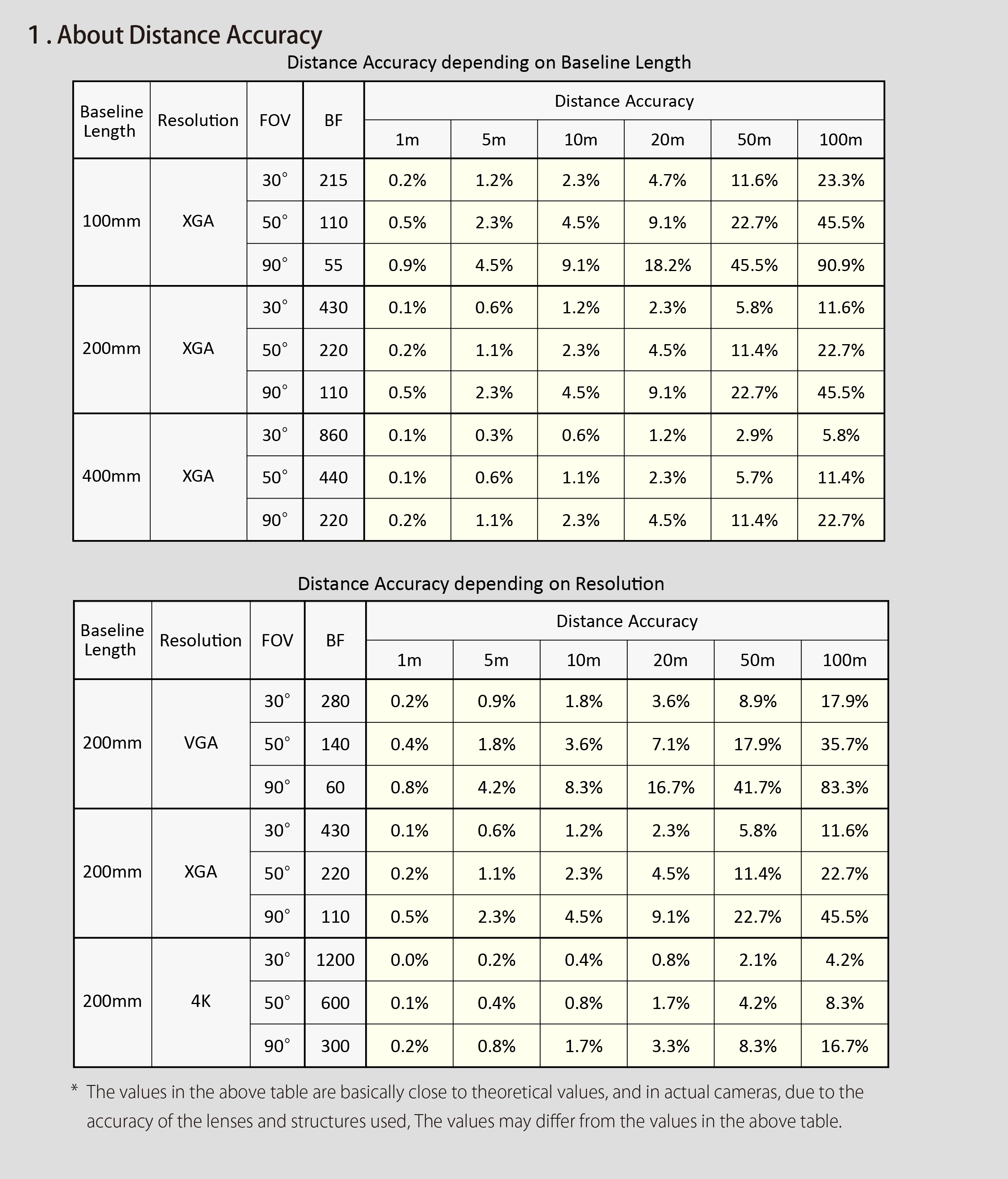 Ôľí. Clear extraction of the outline of an object
Ôľď. Overwhelmingly high density in distance data compared to LiDAR
ÔľĒ. High response speed
Ôľē. Noise level higher than LiDAR but mostly harmless when recognizing an object
The colors in the image indicate corresponding distances from the camera.¬† Red indicates that the distance of the object is close to the camera sensors.¬† The color changes from yellow, green, to blue as the distance between the camera and the object gradually increases.¬† Features 2, 3, 4, and 5 can be confirmed with the actual depth images below.¬† Click the name under each image to see the enlarged image.
ÔľĖ. Fully automatic calibration
In general, changes in temperature and humidity around the stereo camera and physical impact to the stereo camera may result in the optical axis misalignment of two cameras of the stereo camera to cause the distortion of calculation of the distance of the cameras or may hinder the calculation itself.¬† In this case, you may need to perform calibration of the values with a test chart each time you perform the calculation.¬† This is a very cumbersome process for end users.¬† This inconvenience is one of the reasons that have largely prohibited the progress of stereo cameras on a commercial basis.
ITD Lab‚Äôs Intelligent Stereo Camera calculates the distance of the cameras and simultaneousy continues to run auto calibration in the background without the end users being aware of the operation.¬† Even if the optical axes of the two cameras of the stereo camera are misaligned due to the change in temperature and humidity or the physical impact, the auto calibration function enables the Intelligent Stereo Camera to continue calculation of the distance properly.